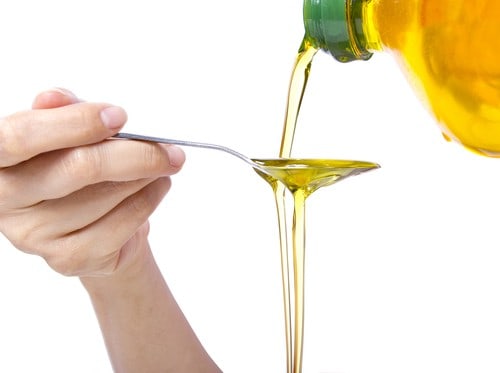 By now you’ve probably at least heard of oil pulling, but perhaps you’re unsure as to what exactly it is, how it’s supposed to help your oral health, and if it actually works. Don’t worry, my dental office in Kettering is here to help. We’ve looked into the now popular technique and we’ve got some good, and not so good, news regarding the latest oral health trend.

Where Did Oil Pulling Come From?

First thing’s first, we need to talk about what oil pulling is and where it came from. While it may seem like a fairly new trend that popped up over the past couple of years, oil pulling is actually a technique that’s over 3,000 years old. Originally founded in Ayurvedic medicine — a holistic approach to medical care, oil pulling claims to help not only oral health, but lists several other whole-body benefits as well. For the sake of this blog, we’re going to focus on the oral benefits.

What is Oil Pulling?

Oil pulling is a pretty simple technique, but requires some time and a commitment. All you need is some liquid vegetable oil, usually coconut oil is used, and 20 minutes. Simply take about a tablespoon of the oil and swish it around in your mouth, pushing and pulling through the teeth, for 20 minutes. Then just spit it out and rinse with water. Repeat daily.

What Does Oil Pulling Do For Oral Health?

There are several supported oral health benefits to oil pulling including:

Using oil pulling can help in some areas of oral health, but not all. For example, regular oil pulling can remove some surface stains and whiten teeth, even if just a little bit. It can also be used post-brushing instead of mouthwash for boost in fresh breath. Oil pulling can even reduce the amount of plaque in the mouth, but that’s about where the benefits stop. Oil pulling 20 minutes daily doesn’t remove enough plaque to fight against gum disease or help protect cavities, and shouldn’t be used as an alternative to brushing, flossing, and visits with your Kettering dentist.

In short, more research needs to be done in order to fully understand the possible benefits of oil pulling. Until then, keep brushing and flossing every day and remember to visit my Kettering dental office twice a year. Maintain those important steps and your mouth will stay healthy.

I’ve been a patient of Doctor Callejo for 16+ years. Dr. Callejo and his staff are always warm and welcoming. The office is newly remodeled and always clean. I would recommend this practice to anyone and have to many family members and coworkers. 5 Stars easily.

Very professional and made me feel very welcome! They have the most friendliest staff and Dr. Callejo is wonderful! They actually take the time to explain everything in detail and give you the opportunity to decide. This is one of the best experiences I have had in any medical/dental office. I highly recommend this practice!

Dr. Callejo’s office is the best! I was referred by my friend, Kelly, and in turn I’ve been referring everyone I know. I’ve even posted it on Nextdoor when people are looking for a good local dentist!

I have been going to Dr. Callejo now since 2019. I had not had dental coverage for 10+ Years and did not like the idea of going to the dentist. My mouth was to say the least paying the price for it. But Dr. Callejo and his staff have all been wonderful from day 1 and changed that very quickly. They jumped right in and he came up with a plan to get me back on track and the results have been fantastic!

I’ve been to many dental offices in the area, and this is by far my favorite! The office is very clean. Dr. Callejo and all the team members are caring and knowledgeable. They treat me like I am a VIP when I am there! Also, the fees are the best in the area too.

Lydia B.
Schedule An Appointment
Don't Wait Any Longer
What are you waiting for? Make today the day you find a dental home that has your back and schedule your appointment...
Schedule Now
Sedation Dentistry
Anxiety-Free Options
Look no further for trusted, always reliable Kettering sedation dentistry than Artisan Dental Group. With us, your comfort comes first and dental anxiety doesn’t...
Learn More!
Implant Dentistry
Missing Teeth Solution
Missing a tooth? Missing multiple teeth? Let our team talk with you about your implant dentistry options for the natural, most durable way to...
Learn More!