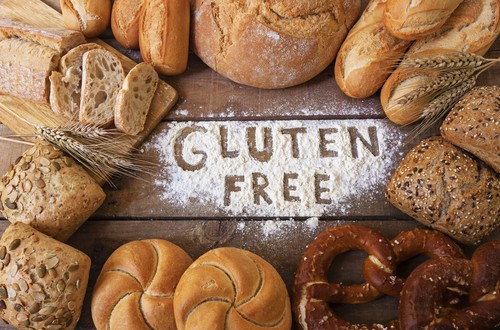 Celiac disease is an autoimmune disease that causes those affected to have an adverse reaction to gluten. When these individuals eat foods containing gluten, their bodies don’t allow proper absorption and damage to the small intestine can occur. Most commonly, symptoms of celiac disease are found in the gastrointestinal tract. However, at my Kettering dental office, we want to talk about some lesser known side effects of this disease and how ignoring gluten intolerance can damage your oral health.

How Does Gluten Affect the Oral Health of People with Celiac Disease?

A study by the European Journal of Internal Medicine concluded that 85% of those affected by celiac disease have severe damage to their tooth enamel. How does that happen? When individuals with celiac consume gluten, their immune systems react and actually attack the small intestine. This response also blocks the absorption of Vitamin D — an essential nutrient that helps build strong bones and protects tooth enamel. When the enamel diminishes, the likelihood of cavities and other concerns greatly increases. Gluten ingestion can also lead to:

Many of the oral health problems discussed can’t be reversed, so it’s important for gluten-sensitive people to avoid eating gluten. And like everyone, it’s important to brush and floss regularly. Additionally, there are times when celiac disease doesn’t show signs in the gastrointestinal tract, but rather in the mouth first. Keeping regularly scheduled appointments with your dentist in Kettering can help diagnose a potential problem early.

Does Gluten Have the Same Affect on Those Without Celiac Disease?

It’s important to know that those with a diagnosed gluten intolerance, gluten sensitivity, or celiac disease are the main people affected by these negative oral health complications. The way their immune systems work does not allow gluten to be absorbed normally. If you’re concerned about gluten and are interested in exploring a gluten-free diet, please talk to your physician first.

If your teeth have suffered enamel loss, are discolored, or you’ve been told they may fall out, whether because of celiac disease or not, you do have options. Schedule an appointment at my dental office in Kettering to discuss restorative dentistry options or cosmetic dentistry treatments.

I’ve been a patient of Doctor Callejo for 16+ years. Dr. Callejo and his staff are always warm and welcoming. The office is newly remodeled and always clean. I would recommend this practice to anyone and have to many family members and coworkers. 5 Stars easily.

Very professional and made me feel very welcome! They have the most friendliest staff and Dr. Callejo is wonderful! They actually take the time to explain everything in detail and give you the opportunity to decide. This is one of the best experiences I have had in any medical/dental office. I highly recommend this practice!

Dr. Callejo’s office is the best! I was referred by my friend, Kelly, and in turn I’ve been referring everyone I know. I’ve even posted it on Nextdoor when people are looking for a good local dentist!

I have been going to Dr. Callejo now since 2019. I had not had dental coverage for 10+ Years and did not like the idea of going to the dentist. My mouth was to say the least paying the price for it. But Dr. Callejo and his staff have all been wonderful from day 1 and changed that very quickly. They jumped right in and he came up with a plan to get me back on track and the results have been fantastic!

I’ve been to many dental offices in the area, and this is by far my favorite! The office is very clean. Dr. Callejo and all the team members are caring and knowledgeable. They treat me like I am a VIP when I am there! Also, the fees are the best in the area too.

Lydia B.
Schedule An Appointment
Don't Wait Any Longer
What are you waiting for? Make today the day you find a dental home that has your back and schedule your appointment...
Schedule Now
Sedation Dentistry
Anxiety-Free Options
Look no further for trusted, always reliable Kettering sedation dentistry than Artisan Dental Group. With us, your comfort comes first and dental anxiety doesn’t...
Learn More!
Implant Dentistry
Missing Teeth Solution
Missing a tooth? Missing multiple teeth? Let our team talk with you about your implant dentistry options for the natural, most durable way to...
Learn More!